Three state hemp plans have been approved by the U.S. Department of Agriculture so far – and what’s surprising is the state that isn’t among them.

State and tribal hemp production plans that are pending approval or have been approved can be found here. Last updated on December 27, the states to get a green light at this point are Louisiana, New Jersey, and Ohio.

“With the USDA approving our state industrial hemp plan, the pieces of the regulatory puzzle are falling into place,” said Commissioner Strain. “We are now able to move forward and begin accepting industrial hemp license applications.”

LDAF began accepting hemp cultivation applications on December 27 and says it remains on track for issue licenses for the 2020 planting season.

Oddly, Kentucky isn’t among the first to get a guernsey. When U.S. President Donald Trump signed the 2018 Farm Bill into law that made hemp legal at a federal level back in December last year, the first state to submit its hemp plan was Kentucky – within hours of the President’s signature.

However, the USDA didn’t release its final interim rule until late October – so perhaps Kentucky’s haste means there are some issues in its plan that clash with the USDA’s rules. Those rules are also still open for public comment – and there has been a lot of feedback already.

States are required to submit a plan to the USDA for approval before being able to operate programs under the provisions of the 2018 Farm Bill but are also able to continue under the 2014 Farm Bill for a year.

Kentucky wasn’t the only early bird – other states to submit plans before regulations were published were Connecticut, Montana, Pennsylvania, and Tennessee. The plans of eleven other states are also currently under review, eight states are in the process of drafting plans, and Maine, Minnesota, and Missouri have indicated they will continue to operate under the 2014 hemp pilot for now. Maryland’s government has said growers can obtain a license from the USDA; which created a plan for states without their own. 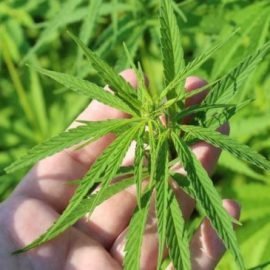 Three state hemp plans have been approved by the U