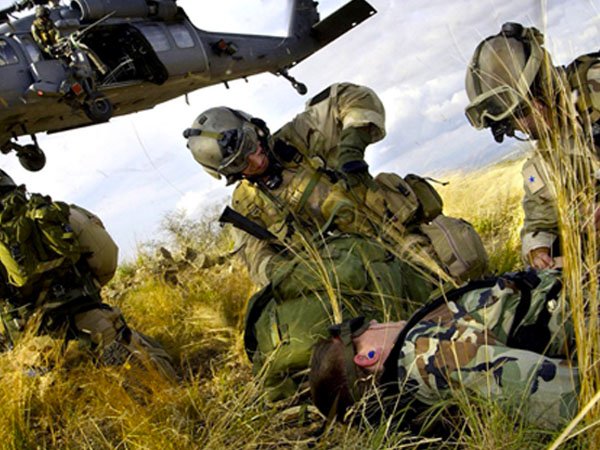 What is Post-Traumatic Stress Disorder

Working overseas can be an overwhelmingly stressful line of employment. The stress created is usually intensified when the employment is within a combat zone. Often, these stressful experiences can lead to Post-Traumatic Stress Disorder (PTSD).

PTSD is defined as a psychiatric disorder that can occur in people who have experienced or witnessed a traumatic or life-threatening event. The Department of Veteran Affairs asserts that Post-traumatic stress disorder symptoms may start within one month of a traumatic event, but sometimes symptoms may not appear until years after the event.

Contractors working within military combat zones are at risk of experiencing similar, if not the same, life-threatening situations as the military soldiers within the zone.  This includes contractors under construction and service contracts that may also be disturbed by war/combat. PTSD is not the same for everyone and can present any number of symptoms.

– Reliving the event: nightmares, flashbacks, re-experiencing the even after a certain trigger.

– Avoiding talking about the event.

– Constant negative thoughts about yourself and the world.

– Hypervigilance (always being on guard for danger)

Do I have a DBA Insurance Claim?

According to the National Institute for Mental Health, symptoms usually begin early, within three months of a traumatic incident, but sometimes they begin years afterward. Symptoms must last more than a month and be severe enough to interfere with relationships or work to be considered PTSD. The course of the illness varies. Some people recover within six months, while others have symptoms that last much longer. In some people, the condition becomes chronic.

Contractors suffering from work-related PTSD could qualify for benefits under the Defense Base Act (DBA). In order to receive benefits, a claim must be filed within one year of a work-related accident or last exposure to war hazards. There are a few exceptions to this rule, especially since symptoms of PTSD may not present themselves until later for many people. This may complicate matters.

– unexpectedness; i.e. an inherent hazard of continued exposure to conditions of particular employment; and

– gradual, rather than sudden onset.

As an occupational disease, Section 13(b)(2) of the Longshore and Harbor Workers Compensation Act stipulates that you may file such a claim within two years after knowing about the injury.

It further states that an occupational disease is one that is not immediately known or immediately causes disability.

Claims are timely when filed within two years after the employee or claimant becomes aware, or in the exercise of reasonable diligence or by reason of medical advice should have been aware, of the relationship between the employment, the disease, and the death or disability, or within one year of the date of the last payment of compensation, whichever is later.

Nevertheless, under certain situations, PTSD may also be seen as a traumatic injury, subject to a one-year Statute of Limitations. There are several factors the court will consider. However, it’s important to remember that while many consider PTSD to be an occupational disease, it may also be considered a traumatic injury. For example, a singular life-threatening event that forms the basis of a claimant’s symptoms rather than continued exposure to horrors of war can be considered a traumatic injury. A clear example of this is where a contractor develops PTSD symptoms almost immediately after being injured or in very close proximity to a bombing or IED explosion.

How do I file a DBA Insurance Claim?

DBA insurance companies frequently try to deny claims involving psychological injuries. This is predominantly true when there are no accompanying physical ailments, such as traumatic brain injury. In order to receive compensation, it must be proven that the PTSD was caused by events related to employment. If a person hasn’t been able to return to DBA employment due to PTSD, then medical documentation will be needed to support a disability claim.

It’s important to contact a DBA attorney that can fight for you and your rights to receive just compensation. At Sparks Law Group, our attorneys are dedicated to fighting for the benefits you deserve. Our experience in DBA and Worker’s Compensation Insurance will provide you with help proving your PTDS claim was a work-related incident.

Please contact our office at 225.755.9249 or email us at contact@sparkslawgroup.com to setup a consultation for your DBA insurance claim.